Bobby Baldwin, a professional poker player, and influential businessman was inducted into the Poker Hall of Fame in 2003. He is especially famous for his impeccable poker skills which landed him a total of four WSOP bracelets over the course of his career. Baldwin currently resides in Las Vegas, Nevada, and is the President and CEO of the MGM/ Mirage Resorts. He is highly respected in the gambling community, having found a lot of success in the industry.

Bobby Baldwin was born in 1950 in Tulsa Oklahoma to an upper-middle-class family. At only twelve years of age, Bobby Baldwin played in his first poker game. And, despite losing he was immediately hooked. He played casually throughout high school and was known as the person to beat among his peers.

Baldwin attended Oklahoma State University during the late sixties and early seventies. And, it was there that his fascination with poker really took off. In 1970, Baldwin and a few of his gambling buddies took the $5,000 that they earned while playing poker on campus and headed to Las Vegas. It was only a few hours after their arrival that their entire bankroll had diminished.

For most people this would be the end of the story, but not for Baldwin. He begged the casino for a $500 credit, which they eventually gave to him. With just a few chips left from losing all of that as well, Baldwin turned the game around and continued on a winning streak earning him nearly $180,000.

Having this newly increased budget to work with, Baldwin spent the majority of his college career investing his time and money into sports betting. Bobby Baldwin especially interested in the NFL. But, he dabbled in other areas as well. Shortly after college, Bobby Baldwin married his high-school sweetheart. But, unfortunately, their marriage didn’t last as they were divorced just one year later.

A Career in Poker

When Bobby Baldwin won the 1978 World Series of Poker Main Event at age 28, he became the youngest winner in its history. His title of the youngest winner later superseded by Stu Ungar in 1980. In 1979, he won the $10,000 Deuce to Seven Draw event again, earning his fourth and most recent bracelet at the WSOP. Baldwin also competed in the Super Bowl of Poker tournaments, organized by 1972 world champion Amarillo Slim. Baldwin cashed in several SBOP events and won the $5,000 Seven Card Stud event in 1979.

In 2005, after the acquisition of Mandalay Resort Group by MGM Mirage, Baldwin became CEO and President of the announced Project City Center. While continuing his responsibilities as CEO of the Mirage Resorts subsidiary. Baldwin now oversees additional resorts added through the Mandalay Resort Group buyout as well as the previous Wynn properties. In 2018, following a lengthy tenure as Chief Customer Development Officer of MGM Resorts and CEO and President of CityCenter. MGM announced that Baldwin would leave both positions by the end of 2018.

In addition to poker, Bobby Baldwin also known as a world-class billiards player. Baldwin and his playing style are the subjects of a book entitled Bobby Baldwin’s Winning Poker Secrets, which written by Mike Caro. Baldwin has written many columns on poker and he authored a section for Doyle Brunson’s Super/System. His own book Tales Out of Tulsa, a poker guide for novices, published in 1985. The high-stakes signature poker room in the Bellagio named “Bobby’s Room” after Baldwin. As of 2012, his total live tournament winnings exceed $2,300,000. His 20 cashes at the WSOP account for $2,100,311 of those winnings.

Instead of becoming a professional poker player, Bobby Baldwin strived towards a different goal, particularly interested in the management end of the gambling business. In 1982, Baldwin became a consultant for the Golden Nugget casino and just two short years later he became the President of the company.

Continuing to work his way up the corporate ladder, Baldwin also became president of the Bellagio hotel and casino in 1998. At the turn of the century, upon the merger of Mirage Resorts and MGM Grand. Baldwin became the President and Chief Executive Officer (CEO) of Steve Wynn’s Mandalay Resort group which came with an astonishing seven million dollar contract.

Five years later, Baldwin became the CEO and President of the announced Project City Center while still attending to his responsibilities at the MGM/Mirage resorts. Baldwin has since been behind the development of several other successful subsidiary resorts as well. In 2007, the Bellagio Casino opened “Bobby’s Room”, which is a signature high-stakes only poker room established in Baldwin’s honor. There’s a $20,000 minimum buy-in for this room.

The Birth of Bobby’s Room 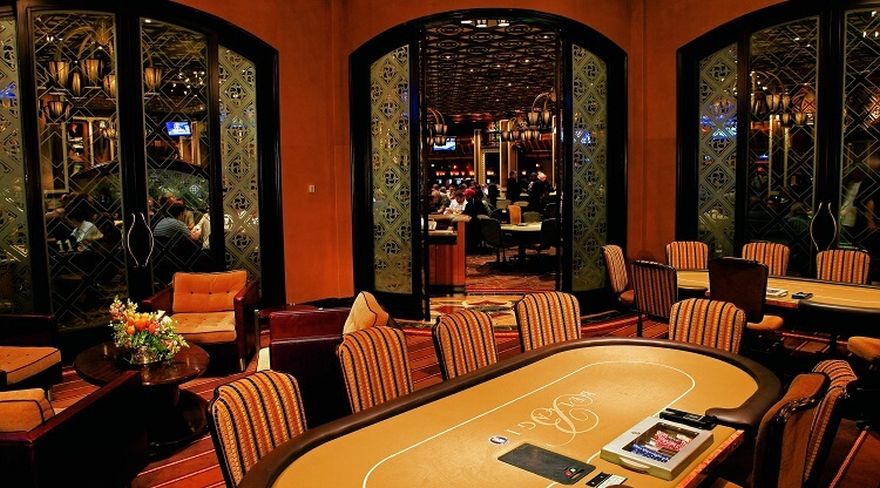 Back in 1998, when the Bellagio opened, Steve Wynn chose Bobby Baldwin to oversee Las Vegas’ hottest new venue as president. After winning the World Series when he was 28, the Oklahoma native stuck around in Las Vegas. In 1982, he hired as a consultant for the Golden Nugget, which was then a Steve Wynn property. Just two years later, he was Golden Nugget president. When Wynn opened the Mirage in 1987, Baldwin again recruited as president. While also becoming the CFO of Mirage Resorts, which later merged with MGM Grand to become MGM Resorts.

Before Baldwin’s move to the Bellagio, the biggest game in town had at the Mirage. Baldwin decided to take it with him and had a special room built inside the Bellagio Poker Room. It elevated above the rest of the card tables, but visible to the public through large stained-glass doors. Because Nevada laws prohibit private games in casinos. One of the glass doors had to remain invitingly open at all times. Not that you were likely to get tourists wandering in off the street. “Bobby’s Room” was hosting the biggest poker games in the world at the time.

On a normal night, there might mixed games with blinds of $400-$800. During the World Series, those limits could go up to $1,000-$2,000 and higher. According to Cardplayer, there is currently a $2,500-$5,000 big bet mix game running at the Legends Room, which will probably always Bobby’s Room to poker players.

Meanwhile, Bobby Baldwin’s new job could just be his biggest challenge yet. The Drew Las Vegas is a $2 billion redevelopment of the unfinished Fontainebleau, which went bankrupt during the Great Recession. But now the financial pressures of the coronavirus pandemic are causing new problems. Construction halted on the Drew project in mid-March as businesses in Las Vegas began to close to curb the spread of the virus. Meanwhile, there are reports of investors in the project not receiving interest payments, or contractors suing for late payments. And, of the top casino, executives headhunted and then summarily dumped when things ground to a halt.

It may be small consolation to Bobby Baldwin that he is not the only poker legend to have a room that named for him renamed to something else recently. The Ivey Room at the Aria, so titled in honor of the great Phil Ivey. Now, goes by the somewhat prosaic “Table 1”. Apparently, bilking the Borgata in Atlantic City out of $10.16 million is liable to incur the disapproval of other sections of the casino industry, even if it did with a certain panache.

A veteran casino executive and former world champion poker player Bobby Baldwin appointed chairman and CEO of the unfinished Drew Las Vegas. Bobby Baldwin is a legendary figure in the Nevada casino industry. Having previously been president of the Golden Nugget, The Mirage, and the Bellagio. He left his most recent position as chief customer development officer of MGM Resorts and CEO and president of CityCenter in the fall of 2018.

Bobby Baldwin seriously injured a year earlier after falling down two flights of stairs at the Aria. Reportedly breaking his shoulders, pelvis, and ribs, while suffering head injuries that required 40 stitches. While the 69-year-old reported having bounced back quickly, it’s unclear whether his departure from MGM related to his injuries. But if further recuperation needed, heading up The Drew could be the ideal role. Originally expected to open in 2020. In April developer Witkoff pushed back the opening of the $3.1 billion hotel-casino to the second quarter of 2022.

Along with Bobby Baldwin’s poker achievements, he is also a thriving world-class billiards player and an avid off-road racer. Baldwin came out with “Bobby Baldwin’s Winning Poker Secrets,” in 1979. Years later in 2004, Mike Caro and Baldwin worked together to revise the book, making it a huge success among the poker community. Players of all different levels bought the book and inspired by Baldwin’s tips and strategies. Bobby Baldwin recently got remarried on August 2nd, 2012 to Audra Hendley at their home in Southern Highland where they presently reside today. (Source: Casino.org) 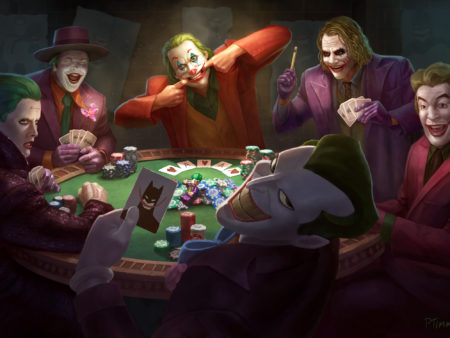 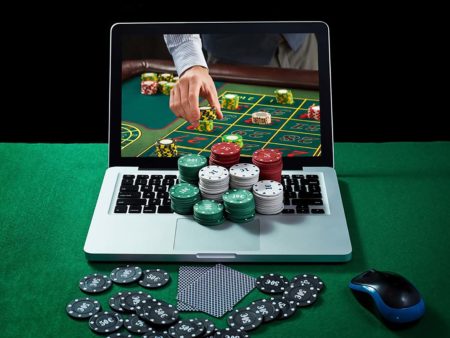 Bobby Baldwin: Poker Player and Businessman
9 months ago
The only review you can trust